“I set the pose of this miner to project a solemn reflection of the human tragedy, with his head bowed, wide balanced stance and introspective countenance. He pauses at his work, amongst gleaming coal, resting on his trusted pickaxe, standing respectfully and contemplating the fate of his fellow comrades

It is a lasting monument to the dead men involved in the disaster and a tribute to an industrial history and social heritage of a bygone era. My hope is that this statue acts as a reminderfor many years to come of the disaster at Auchengeich Colliery and help folk reflect on what was once a way of working life for many people in Scotland” 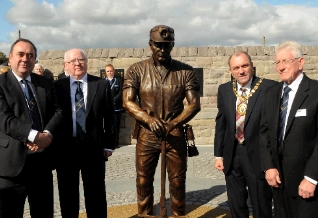 The 50th Anniversary of the Auchengeich Colliery Disaster

No day in the last century of Scottish mining was more tear-stained than September 18, 1959. In the space of just a few minutes, 47 miners died, 41 women were widowed and 76 children lost their fathers. Just one miner survived. The death toll from the underground fire in Auchengeich Colliery, in Lanarkshire, was the worst in the history of mining in this country. The tragedy decimated families.

50 years on with many descendants and comrades of the killed miners still living in the area it was decided to renew the existing memorial, creating a landscaped garden, with trees, benches and a centrepiece statue.

Willie Doolan, Ian Lowe and Danny Taylor of the Auchengeich Memorial committee selected John McKenna as their preferred sculptor for the commission. Working in association with North Lanarkshire council and funded by a private patron, John began the commission.

The statue being unveiled by the Rt. Hon. Alex Salmond MSP, First Minister of Scotland the Rt Hon. Tom Clarke MP and Tom Curley, North Lanarkshire Provost with Ian Lowe of the Auchengeich Miners Welfare on the right.

Below the miner on site and below right the Rt. Hon Alex salmond and John McKenna. 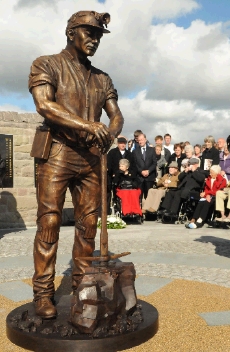 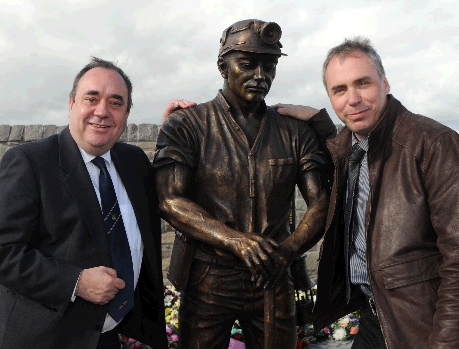 John modelled the claywork using historical references, and with the Miners committee truly delighted with the result took the work to the next stage, casting in bronze.John McKenna has his own bronze casting foundry, which allows him to maintain the highest quality control over the sculpture. Aided by his two sons, Alex and Thomas, using the ceramic shell casting technique, John cast the miner in his studio foundry. This allowed the clients and the council to visit and see the complex procedure of the making of a statue, an enlightening process for all of them. 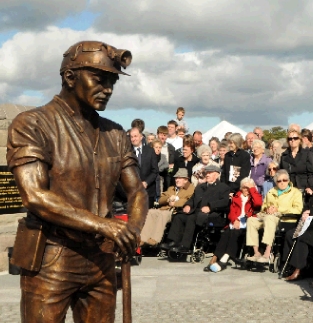 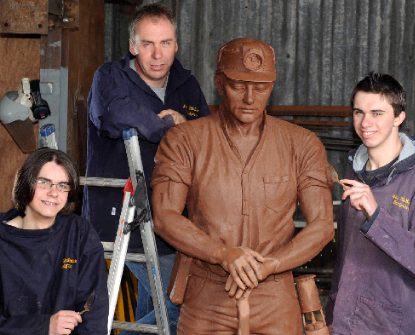 Above picture shows John McKenna with his two sons, Thomas and Alexander, who helped him create the claywork for the statue and cast the statue in bronze.

This statue was commissioned by the Auchengeich Memorial Committee as a centrepiece feature in the renewal of their existing Mining Memorial, at Bridgend, Moodiesburn, Glasgow.

See website at www.bronzecasting.org for more information on the A4A art for architecture bronze casting foundry.

Unveiled 20th September 2009, read below for more details and pictures. 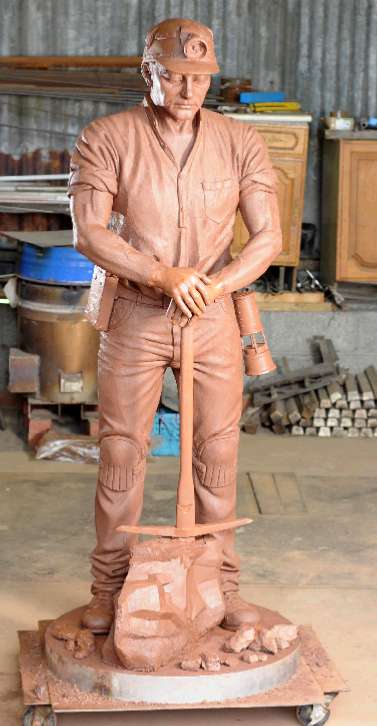 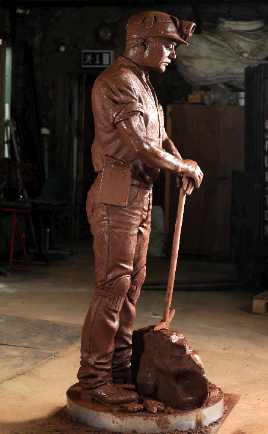 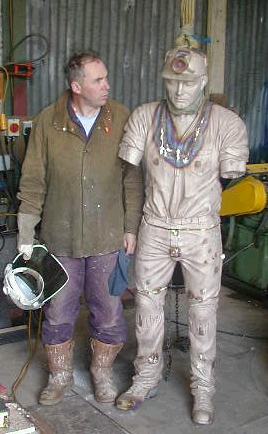 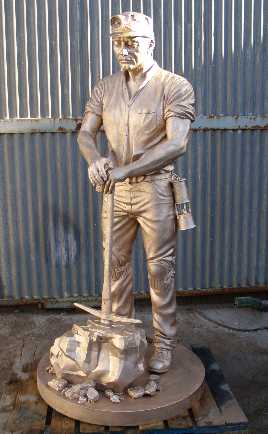 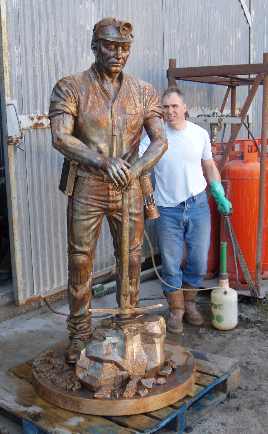