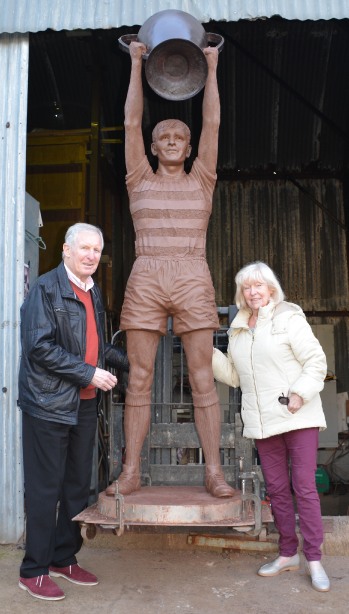 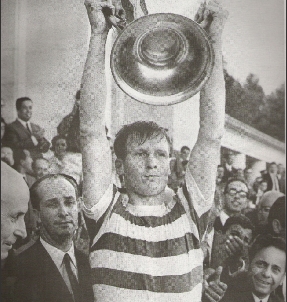 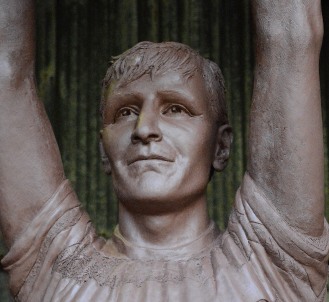 Above: Billy McNeill and his wife Liz inspecting the claywork of the statue at John McKenna's studio, Turnberry, Ayrshire. 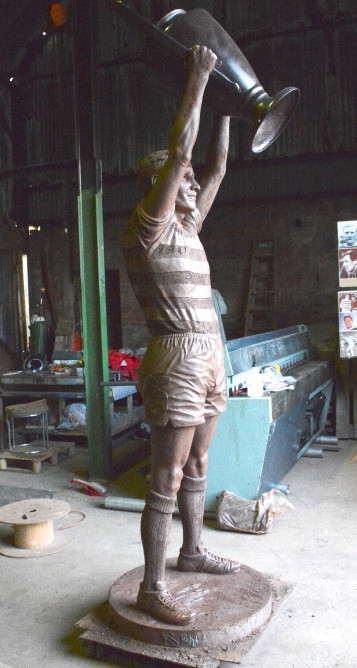 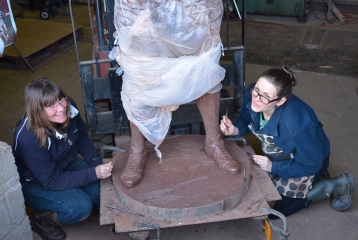 Right and above the finished clay work of the statue prior to moulding. 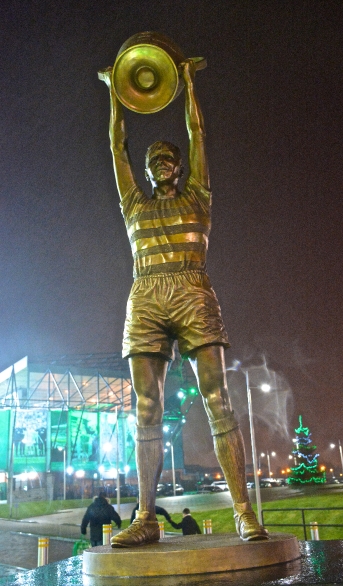 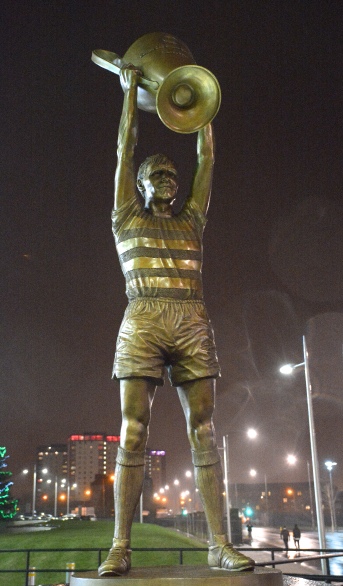 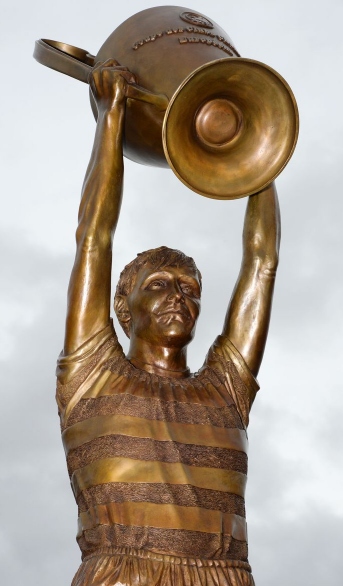 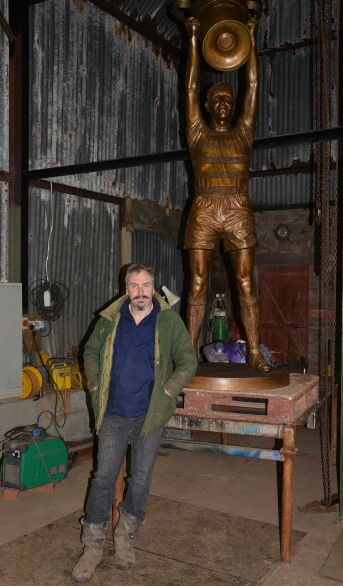 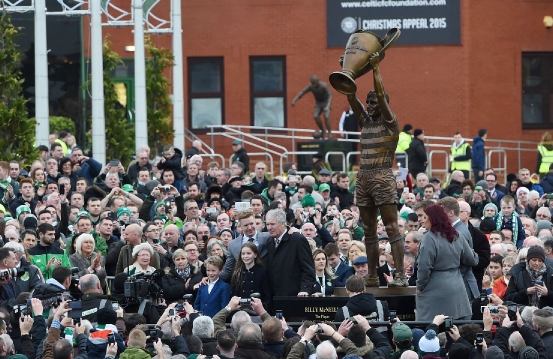 The Billy McNeill statue, created by John McKenna Sculptor at his studio in Ayrshire, the statue was commissioned by Celtic football club and is now installed at the entrance to their Parkhed stadium in Glasgow. The staue celebrates the moment when Billy McNeill lifted the European cup after Celtic won the trophy by beating Inter Milan - F.C. Internazionale Milano in 1967 at Lisbon. This was the first occasion any British team had won the European Cup and Celtic's captain, Billy McNeill was the first British football team captain to have that honour of lifting the cup. The Celtic team, managed by Jock Stein went on to become known as 'the Lisbon Lions' and had a great run of winning chmpionships over the next years.