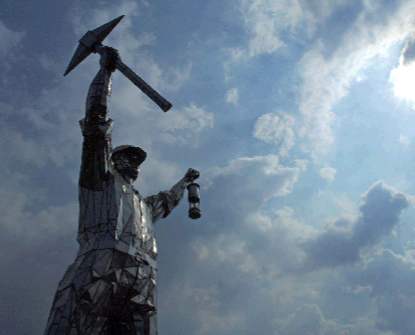 A 40 feet high approx 12m high stainless steel fabricated figure. Certainly an example of one of the largest figurative sculptures in the United Kingdom.

The sculpture was designed by John McKenna drawing upon extensive consultation with the local community of Brownhills.

This colossal sculpture was made entirely by John McKenna and his assistants at his studio in Turnberry, Scotland. John does not believe in sub contracting out artwork made in his name. Work sold as his ~ is his.

Above picture shows the Brownhills Miner, more pictures and information can be found below.

The Brownhills Colossus has proved a very popular landmak feature - a Gateway into the Walsaal Netropolitan Borough and a instant sucess with a huge majority of the locals. This was due partly to the comprehensive initial public consultations but also the quality of the artwork concept and the final sculptural finish of the large statue.

The Brownhills Colossus was commissioned by Walsall MBC in 2005 and erected on site by John McKenna's crew in May 2006. John worked with Glen Buglass, Public Arts Co-ordinator of Walsall and Claire Downes of the community arts group "Around Midnight" to access the opinions of the local populace through a series of workshops to establish a general theme for the artwork. 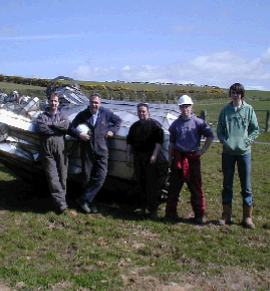 The Sculpture was made at John's studio in Turnberry, South Ayshire with the Art for Architecture crew. The crew - pictured on the right is composed of the following members from left to right. Peter Scott Tudhope, fine artist painter and sculptural assistant. John McKenna, the man himself. In the middle specialist welder and fabricator John Hall, next to him Alistair Pollock, fabricator and 3D designer. Finally Alexander McKenna, John's eldest son, assistant sculptor. Darren Sutton, sculptor and Claire, office administrator were not in this picture.

The studio is based on John's farm in beautiful sunny South Ayrshire, Scotland. An inspiring place for an artist, set in rural traquility and overlooking the Irish Sea, with plenty of space to create sculpture and run a small bronze casting foundry.

A series of pictures below show a test build by John & crew of the Miner before delivery to site. 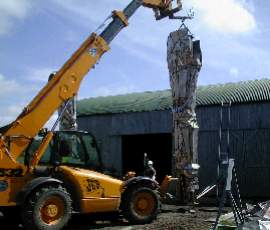 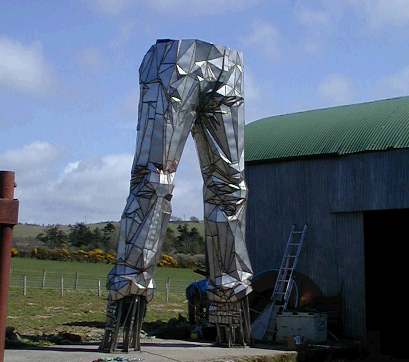 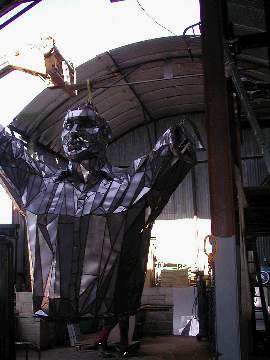 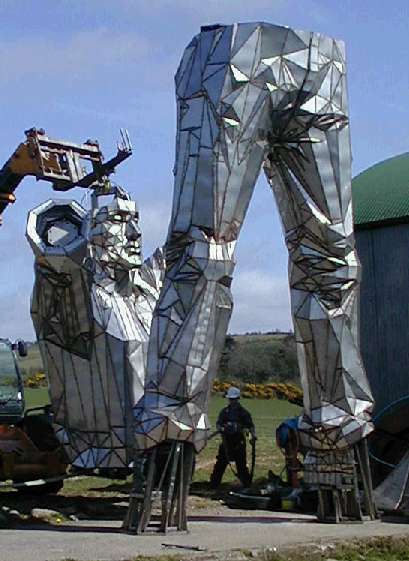 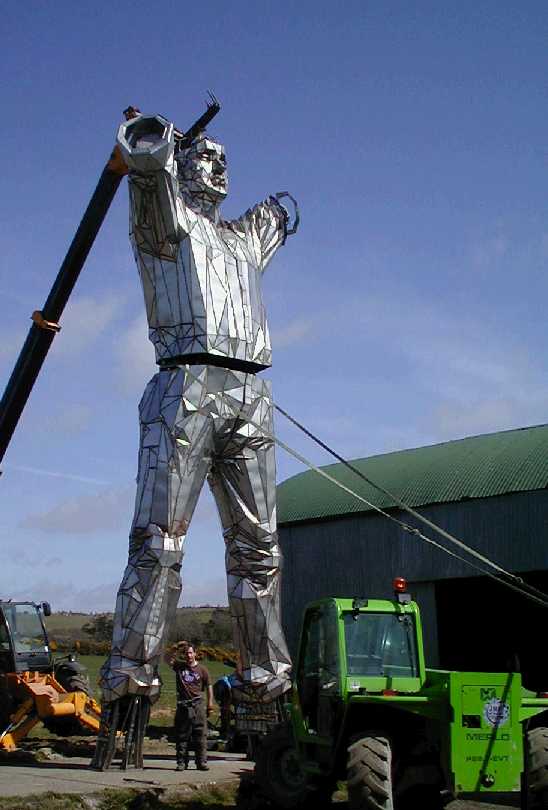 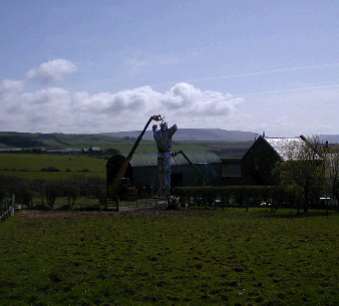 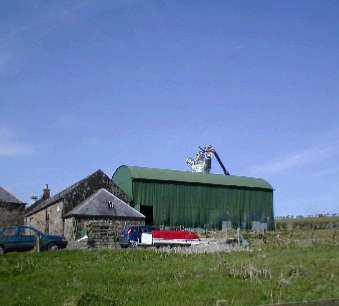 The sculpture was so big that it was made in many sections for ease of transport and construction. The logistics of handling large sculpture sections safely has to be carefully considered and planned with appropriate risk assessments at all stages.

The roof of the fabrication workshop had to come off to allow the sculpture to be taken out more easily.

Below Peter Scott Tudhope standing beneath the colossus gives a scale to the piece and that's without its arms and pick-axe sections.