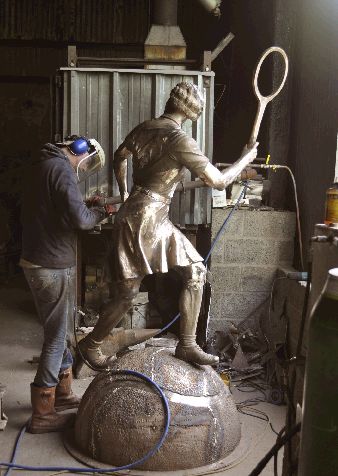 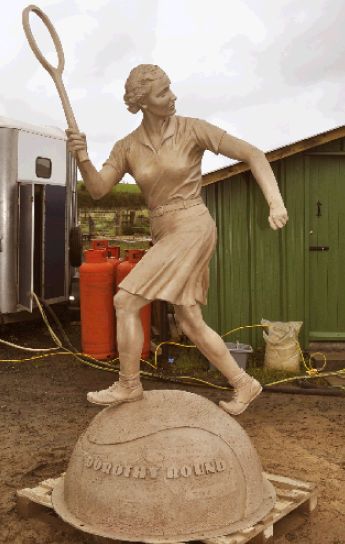 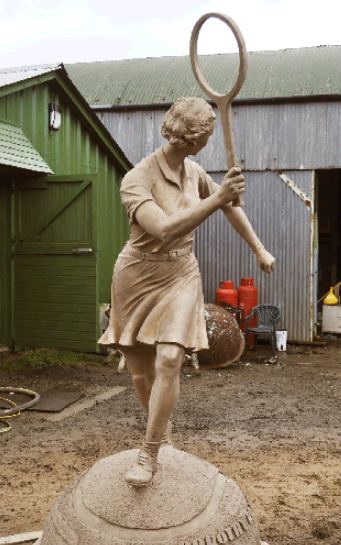 Above: The Dorothy Round statue bronze fettling work

Above: The Dorothy Round statue being bead blasted at studio

Below: Dorothy statue bead blasted finish prior to patination 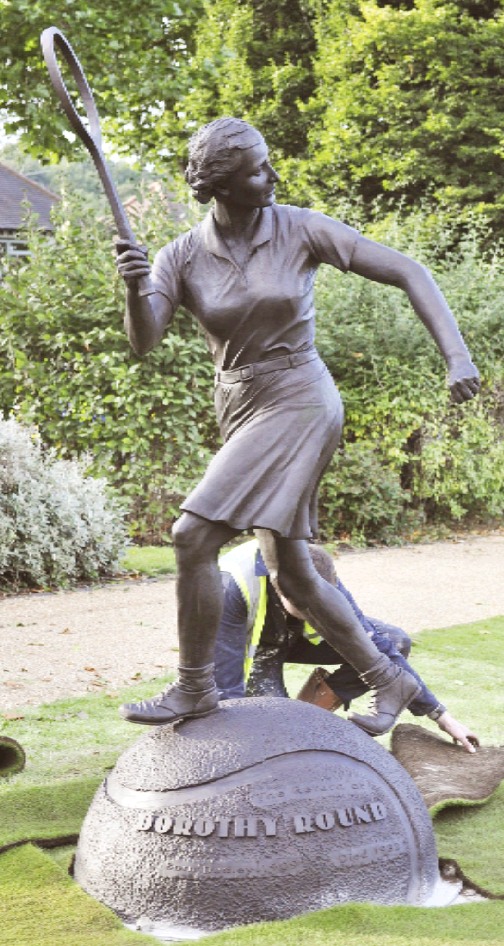 Dorothy Round statue being prepared for her unveiling, 20th September 2013.

This statue of a Wimbledon Tennis champion is one of many sporting statues that John McKenna has created and cast at the A4A studio bronze foundry, from original claywork to final onsite installation. John has created statues of Football players, football managers, swimmers, rugby statues and he will be working on a cricketeer soon and this Dorothy Round statue adds tennis players to the list.

This information is taken from the Tennis Hall of Fame website. Webpage http://www.tennisfame.com/hall-of-famers/dorothy-round-little

A player of formidable power and experience, Dorothy Round Little developed her game from that of a sports-minded schoolgirl to that of a Wimbledon champion, making that transition almost seamlessly. Although she often refused to play on Sundays, she was nevertheless entirely dedicated to making the most of herself. She made two singles championship runs at Wimbledon and was once the victor at the Australian Championships. An Englishwomen with a large heart and agile mind, she volleyed well and was not afraid to compete under pressure. 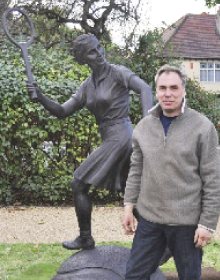 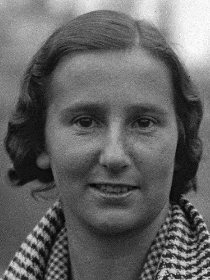 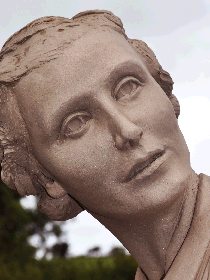 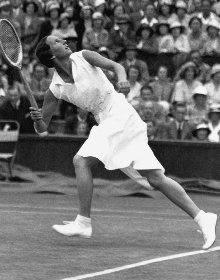 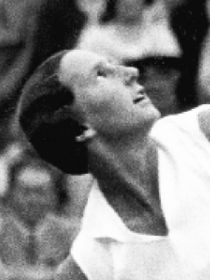 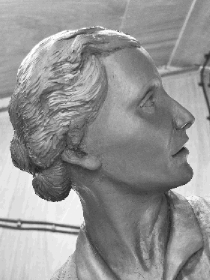 Left: Dorothy Round plasying a return ball, Centre: Dorothy Round Wimbledon Champion herself in profile, Right: Dorothy statue portrait in profile in modelled clay at the final aspproval stage. The clay portrait was approved by Dorothy Round's family prior to being moulded for bronze casting.

Above pictures show Dorothy Round statue at various stages, for more photos scroll down below. There are several close ups of the head showing the likeness achieved by John McKenna and approved by relatives of Dorothy Round before casting in bronze.

Dorothy Edith Round Little was a World No. 1 British female tennis player. She was born in Dudley, Worcestershire, England. This statue was commissioned by Dudley MBC for a site in Priory Park, Dudley adjacent to the park Tennis courts.

The statue is named 'The Return of Dorothy Round' and the idea and arrangement of pose was conceived by Steve Field a close artistic associate of ours. Dorothy was famed for her ability to return the tennis ball well and in consultation with her family relatives it was decided that a statue pose depicting this return stance would be created.

John McKenna modelled the claywork and cast the statue in his A4a art foundry studio in Ayrshire.