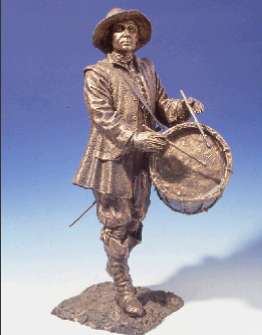 Shown wearing the standard attire of the English civil war period. Both Royalists and Parliamentarians had drummers to communicate with troops by coded drum messages. The design of the drums used and the clothing worn were very similar for both factions. Drummers were usually mature men and would carry a sword, but it was not often branded as they did not normally participate in combat. This sculpture stands 60cms tall and is cast bronze as a edition of six, to be made available for purchase. Please contact John McKenna to discuss.

The sculpture opposite is the maquette for a lifesize public sculpture proposal for a historical Civil War site. 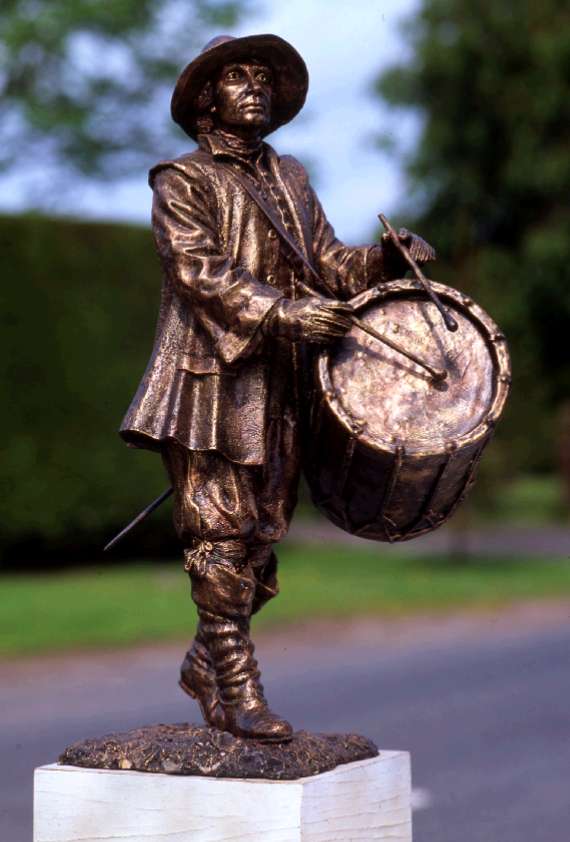