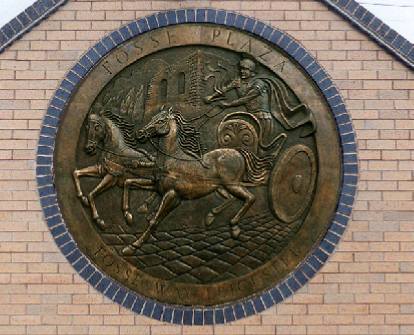 This project saw the creation of two bronze cast relief panels for a commercial trading estate, Fosse Plaza, in Leicester.

The concept designs were originally conceived by a working associate of John's. The Dudley borough public artist Steve Field.

Steve designed the layout of the roundel panels and provided John with reference drawings with which John could create the clay master originals.

These were then lost wax cast in bronze. 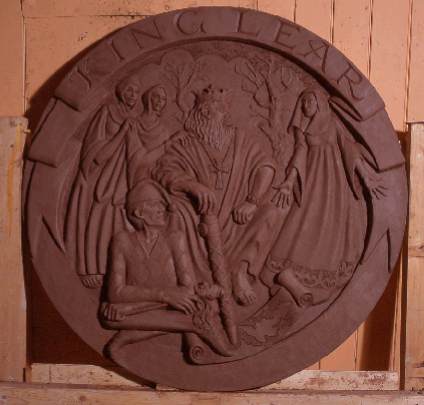 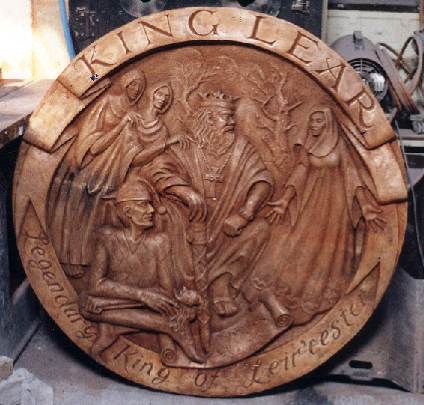 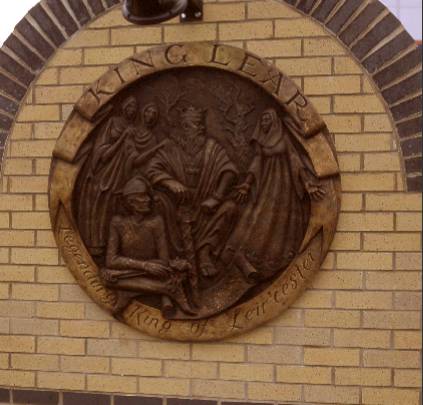 The Fosse Plaza complex is close to the original site of the ancient Roman Fosse Way. The proximity to the site called for a Roman reference hence the Roman charioteer galloping down the Roman road.

Shakespears' "King Lear"was thought to be a legendary king of the atrea around Leicester according to Steve's researches. John McKenna and his son, Alexander modelled the panel in clay. The scene was from the Shakespeare play King Lear, where the old King asks of his daughters' love.

"I love your majesty, according to my bond, no more, no less"