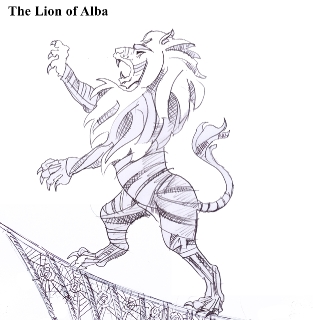 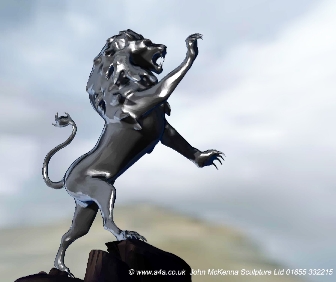 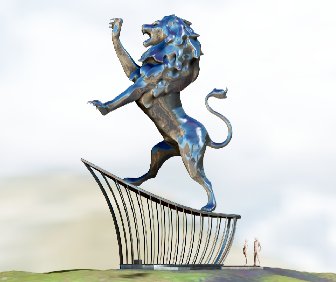 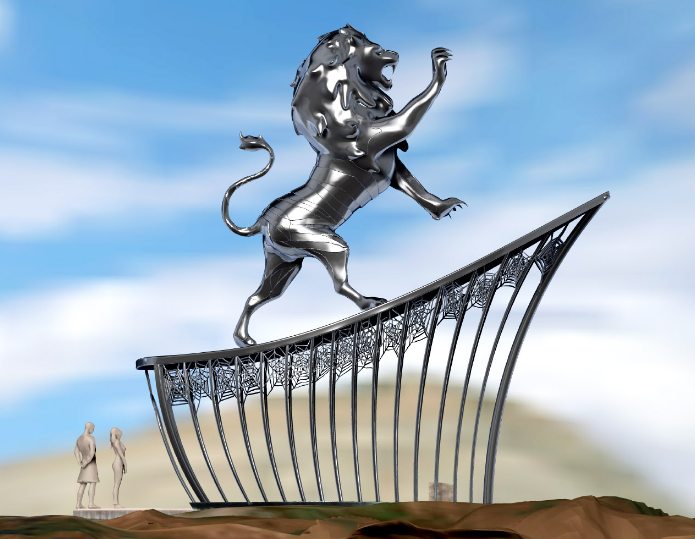 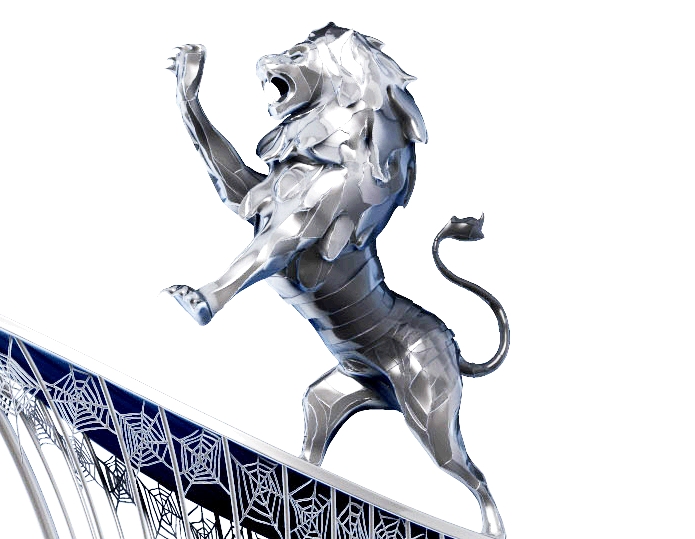 Robert the Bruce, King of Scotland, Earl of Carrick

I have two monument concepts at this moment

One where Robert the Bruce is symbolized as a noble 'en rampant' Lion, rearing on two hind legs, a very simple accessible strong powerful sculptural image on a colossal scale, maybe 12m high for the Lion standing on a mound base of somesorts giving extra height.On the ground in the form of landscaping would be the reference to the spiders web.The sculpture would be made from stainless steel, fabricated from the stainless steel plate, faceted and rolled then welded together. Satin finish polished where appropriate. See some steel work examples below or peruse the website by clicking on HOME and going to various other pages, such as http://www.a4a.com/castlevaleknight.html

Alternatively a more contemporary contemplative sculpture, it does need more resolution but this is it, if words can explain it, refer to sketches above. The Bruce, in the form of a Lion Rampant stands upon what feels like the prow deck of a ship. The Ship form is orientated away from the sea, from Ireland, from Rathlin Island landing on the Scottish Shoreline returning with a future. This 'Ship' deck is supported by struts, stainless steel tubes arranged as a spiders web, - you know the legend. The struts form an enclosure which will be entered from the rear of the work, the observer can enter the web and find at the front, under the prow, a stone seat or 'throne of destiny' to sit upon. From the rear of the enclosure set in the ground are a set of footprints stepping forward, the observer follows these footsteps to the stone of destiny throne where they sit. When they look up they regard and contemplate the planking underneath of the ship deck which holds the Lion of Scotland above. This planking is created to effect a diverging perspective, a path of sorts, it is made from mirror polished stainless highly reflective. The footprints the observer trod in are reflected in the mirror planking for the seated observer to see. As the deck roof curves upwards the footprints will become less distinct, maybe disappear, taking an unknown path. The reflection of themselves will distort also, seeing an unknown version of themselves whilst contemplating a different destiny perhaps. 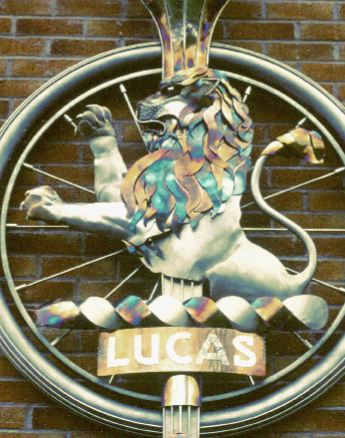 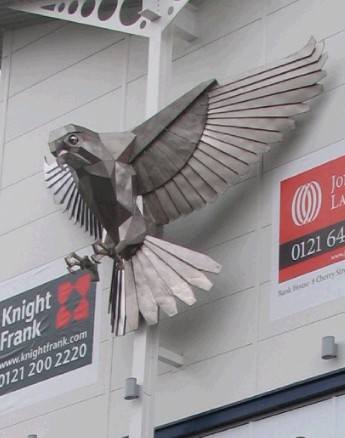 Scroll below for more sketch renderings of the Lion of Carrick, Robert the Bruce monument. Showing Lion as isolated sculpture or an alternative design of the Lion set upon the Galley structure, symbol of the Bruce landing on the shore at Maidens to start his campaign for the crown.

The Lion of Carrick

This proposal is to make a sculpture monument of national significance to honour King Robert the Bruce, if possible in time to celebrate the 700th anniversary of Bannockburn in 2014.

The making of the sculpture here at my studio in Turnberry could be a form of community education, open studio visits, sculpture process in action.

The site I had in mind for the intended high profile monument would be on the A77 at Turnberry, at the junction of the  A77 and the A719, as Turnberry is the reputed birthplace of the Bruce. Other possible sites on the A77 include one adjacent to Crossraguel Abbey, near Maybole, where Robert the Bruce was baptised.

The sculpture would stand approx 12m to 15m high, dependent upon final design resolution, approx 46ft, made from stainless steel for durability.