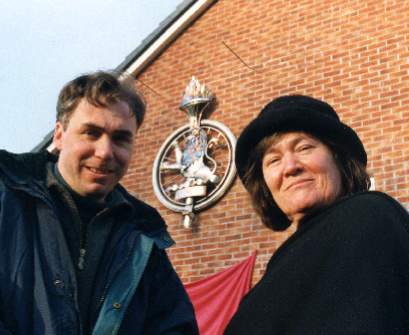 Above picture shows John McKenna with the politician Claire Short who at the time was a Government Minister and the local MP for the area and kindly unveiled the sculpture, see below the navigation bar.

The stainless steel relief sculpture was commissioned by the MAHA, Midland Area housing Association who had built an estate of new houses on the former Lucas Car parts production site at Newtown in Aston, Birmingham. The artwork bsed on the Lucas symbols was 2m high by 1.2m wide, polished and patinated stainless steeland mounted on a house gble end on the estate. Unveiled by Claire Short MP on 20th November 1998. One of McKenna's first stainless steel projects.

Also below are the Midland Metro Waymarkers and the Canley Park project, Coventry, to follow. 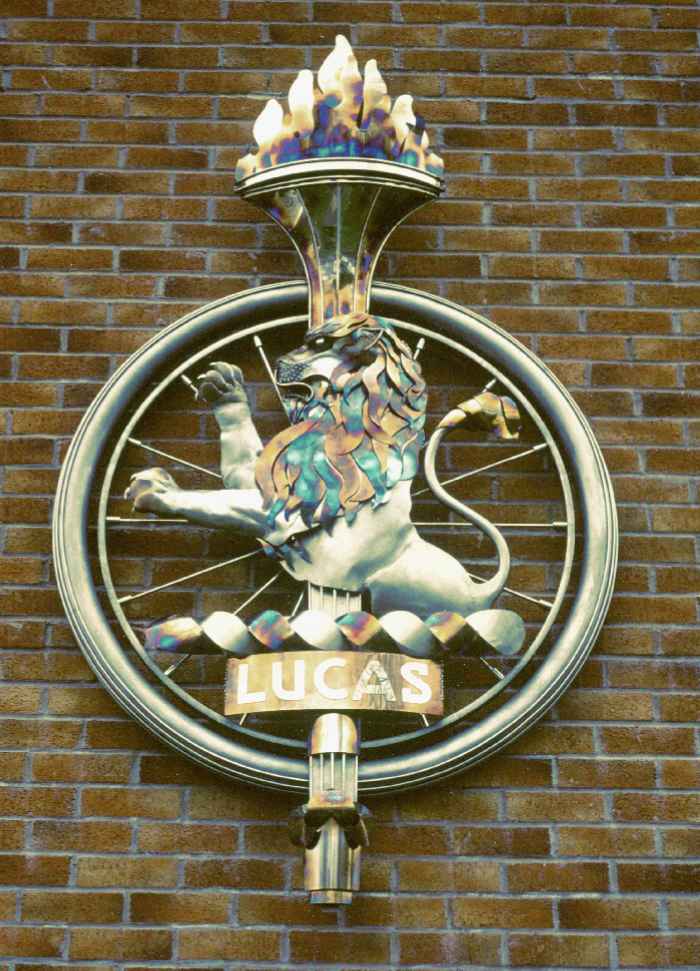 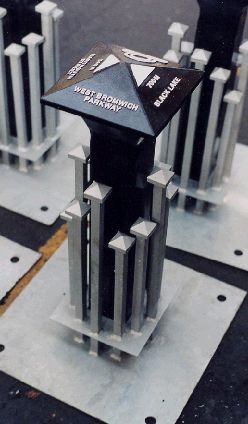 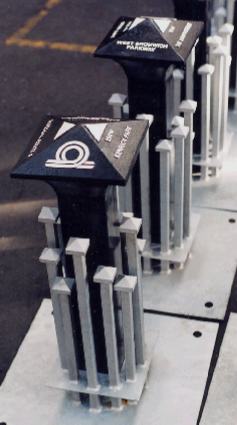 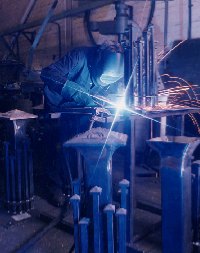 Mild steel then galvanized and finally painted before installation.

Way markers for Midland Metro tram line along length of cycle path. Commission involved a working residency period of 20 days with severe learning difficulties students at the Glenvale School, Birmingham. These waymarkers designed by John Mckenna had to be artistic, informative, highly durable and vandal resistant. They were required to act as direction, distance and path markers upon the National cycle route, that is being created to run the length and breadth of the country. In West Bromwich, in the West Midlands part of the cycle route runs adjacent to the new midland metro light railway line.

The initial design was conceived by McKenna and concept maquettes for it were made at a residency at a West Bromwich school - Glenvale school. The residency involved us working with the school children to consider aspects of the design and undertaking research regarding historical local industry. The design, was approved by the client, which drew upon the former hand-made nail making industry of West Bromwich as an inspiration source.

West Bromwich was the nail making capital of the world during the 18th century but slowly declined into the 19th century and was replaced by other wrought iron industies, forging, chainmaking, foundries and gun making. In the 1880's the vast majority of nails were being cut by machinery but there was still a residual hand nail making industry run on a domestic scale, undertaken mainly by women workers.

The waymarkers were fabricated by a4a and associates, - on the right can be seen the welding of the nails to the base plates, which are set below ground.

The nails themselves and the main stem depict "rose cut" nails. This type of nail was hand forged, the metal being beaten whilst at red heat. This technique creates a faceted head to the nail which looks similar to a pyramid.

The facets were incorporated into the waymarker head to present four sides and upon each was information pertinent to the placing of the waymarker and where appropriate a direction arrow.