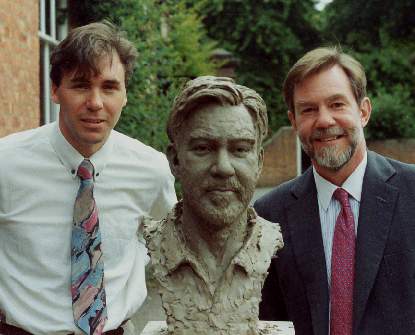 Right picture of John McKenna (some years before) with clay portrait in progress of the Earl of Bradford, Richard Bridgeman, family seat at Weston Park, Staffordshire. The portrait was modelled from life during sittings with the Earl. It was then moulded and cast and is on display at Weston Park.

Clay is used as the original modelling medium as its 'plastic' qualities combines the ability to hold a detailed precise modelled surface, which John excels at, whilst allowing the modeller fluidity to change aspects of the portrait when the artist wishes. 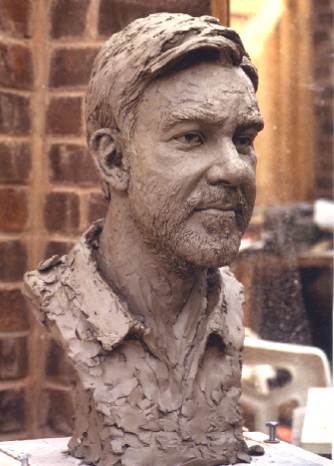 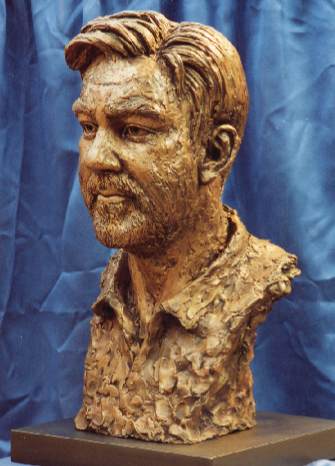 The process of McKenna creating a bronze portrait commences with the client subject sitting for clay sketches, photography and some caliper measurements, all of which are used as reference during the set up of the work. Following this there are a number of sitting sessions where the subject sits adjacent to the clay portrait whilst work continues upon it. This period of working allows an empathy to be established between the the artist and subject and only when this exists can a truly characterful portrait imbued with a personal spirit be attained. 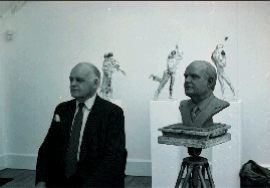 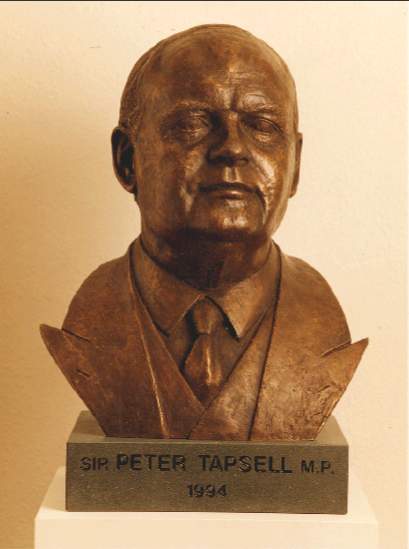 Portrait in Bronze of Sir Peter Tapsell, long serving MP for the constituency of East Lindsey.

Above picture depicts Sir Peter sitting alongside the clay portrait in progress, at the Royal Society of British Sculptors studio in South Kensington, London where McKenna modelled the portrait. 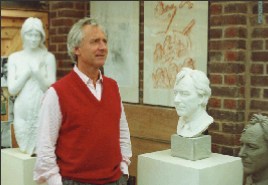 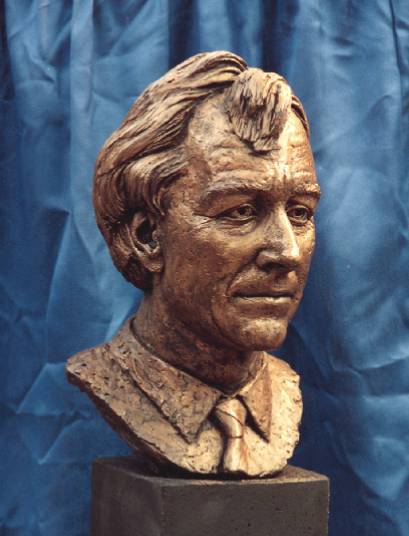 Above picture is of Sir Michael Spicer, a long serving MP for the constituency of South Worcestershire and right picture of the finshed portrait.

He served as a minister of aviation in the conservative government of Edward Heath and has remained a member of parliament for many years, serving his constituents well.

Sir Michael also an author has published many political documents as well as a series of crime fiction books. 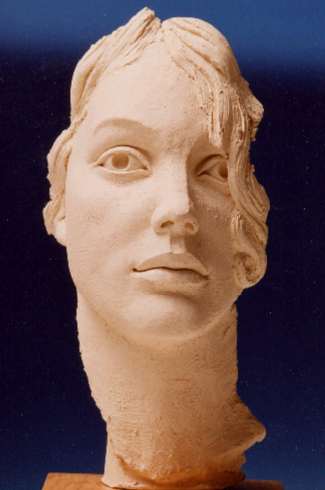 Ceramic portrait mask fragment of a young woman, a technique of portraiture which is not so formal.